Industry 4.0 is the industrial revolution that brings concepts such as “internet of things (IoT)”, “big data”, “augmented reality”, “cloud computing” to our lives.

What Does Industry 4.0 Mean and What Is Its Purpose?

Industry 4.0 is the 4th Industrial Revolution, which aims to bring together the information technologies and the industry, and is based on the communication of devices with each other over a common communication network. Its main purpose is; to reduce human muscle power, to create a faster, more efficient and more flexible structure by using a technical production scheme with less cost.

When Did Industry 4.0 Start?

The term Industry 4.0, 4th Industrial Revolution was first used in 2011 at the Hannover Expo held in Germany. In October 2012, Robert Bosch GmbH and Henning Kagermann formed a working group and presented their work on the term “Industry 4.0” to the German Federal Government. Then, the “Industry 4.0 Strategy Document” was announced again at the Hannover Expo in 2013. Thus, “The term 4th Industrial Revolution” has officially entered our lives. While this strategy document mainly focuses on Germany, it also introduced a new industrial revolution to the whole world in terms of revealing the qualities of the new revolution. 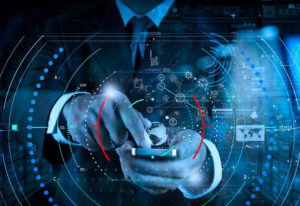 Stages of the Industrial Revolution:

1st Industrial Revolution: The 1st Industrial Revolution, which affected the years 1760-1840, started with the mechanisation of weaving looms in England. The replacement of wood by coal and water vapour increased the power of movement, which led to mechanisation and thus the transfer of production to factories. The old-fashioned companies were now replaced by large factories.

2nd Industrial Revolution: In the 19th century, after the first revolution, steam began to be replaced by products working with electricity, oil and natural gas. The discovery of these fuels paved the way for the invention of vehicles such as automobiles and airplanes. All these accelerated the developments in the field of economy and industry.

3rd Industrial Revolution: It started with the “Computer Age.” The first computers were extremely simple, cumbersome, and incredibly large in computing power. Yet today they have opened the door to a world that is hard to imagine without computer technology.

4th Industrial Revolution: It is starting a new era that will create great changes in the current production processes in informatics, internet, artificial intelligence, automation and robotics technologies. With Industry 4.0, it aims to integrate the production chain from the first supplier to the end user with each other with advanced digital technologies and to replace extremely expensive, error-prone muscle power with cheap and perfect systems.

Interoperability: This principle aims for maximum human-machine communication. While people are remotely controlling the work of the machines, when the machines encounter a problem that they cannot solve, they inform the system administrator of this situation.

Virtualisation: It means that the relationship between humans and machines is not physical.

Real-Time Capability: It is the instantaneous collection and analysis of data related to ongoing processes in the factory.

For detailed information about IoT, you can refer to our previous article. You can click the link:  Get your Business Smarter with IoT System 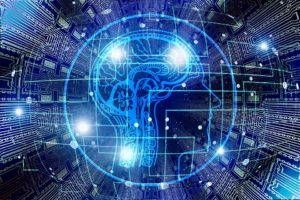 Industry 4.0 is still evolving and companies adopting technologies are realising the potential of Industry 4.0. These same companies are also working hard on how to develop their existing workforces to take on the new job responsibilities made possible by Internet 4.0 and recruit new employees with the right skills.

Industry 4.0 is the industrial revolution that brings concepts such as "internet of things (IoT)", "big data", "augmented reality", "cloud computing" to our lives.